Top Places to Visit In South Sudan On Your Next Vacation

Top Places to Visit In South Sudan On Your Next Vacation 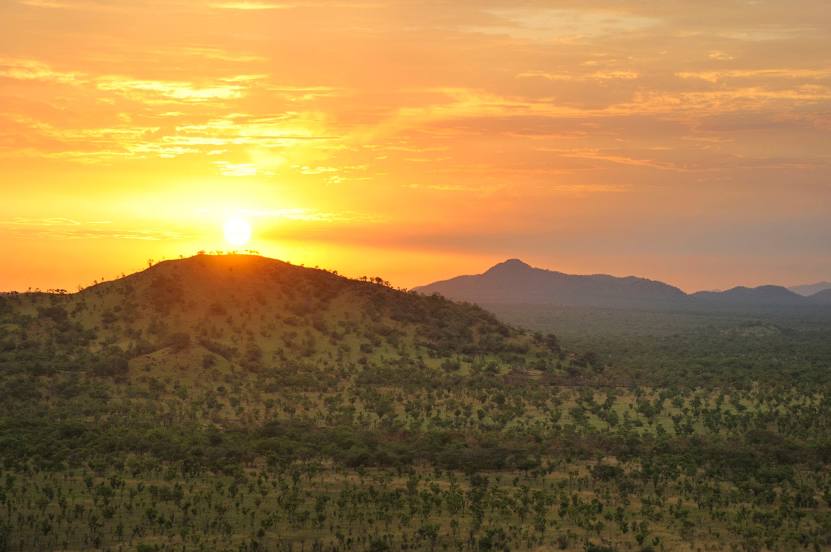 Boma National Park is a protected area in eastern South Sudan near the Ethiopian border. It was established in 1977 and covers 22,800 km² of grasslands and floodplains. The Bandingilo National Park, sometimes spelled Badingilo, is located in South Sudan’s Equatoria region. The park covered the erstwhile states of Central Equatoria and Eastern Equatoria. It was established in 1992. Situated in a wooded area near the White Nile River, it is over 10,000 square kilometres in size. Earth’s second-largest annual animal migration, involving multiple species of antelope including reedbuck, tiang, and white-eared kob, takes place in the park, which is also home to iconic African megafauna like the Nubian giraffe. It also contains large marshlands stretching up into Jonglei state. Predators like the African wild dogs, cheetahs, caracals, lions and spotted hyenas are also living in the national park. The park supports large bird populations. Though a major wildlife preserve, the park lies within a Total oil concession, potentially exposing it to surveying and drilling. On 6 July 2011, three days before South Sudan formally seceded from Sudan, an administrative headquarters was officially opened at a ribbon-cutting ceremony led by Central Equatoria Governor Clement Wani and USAID’s Sudan director William Hammink.

The Nimule National Park is a national park in South Sudan. It was established in 1954, and extends over an area of 410 km², along the border with Uganda.

The Southern National Park is a national park in South Sudan. It was established in 1939. This site has an area of 23,000 km²

Lake No is a lake in South Sudan. It is located just north of the vast swamp of the Sudd, at the confluence of the Bahr al Jabal and Bahr el Ghazal rivers, and marks the transition between the Bahr al Jabal and White Nile proper. Lake No is located approximately 1,156 km downstream of Uganda’s Lake Albert, the major lake on the White Nile preceding Lake No. The lake is considered the center of the Reweng people of Panrou section of Dinka peoples. 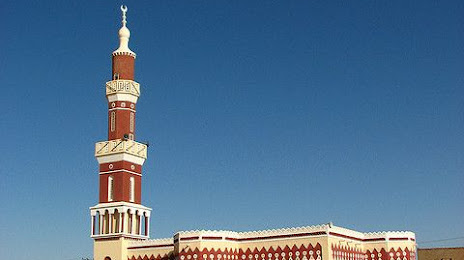 The St. Theresa Cathedral or Cathedral of Juba, is a religious building in the Unity Avenue in Bahr al Jabal in the district of Kotor in the town of Juba, capital of the African country of South Sudan. It serves as the seat of the Archbishop of the Metropolitan Archdiocese of Juba 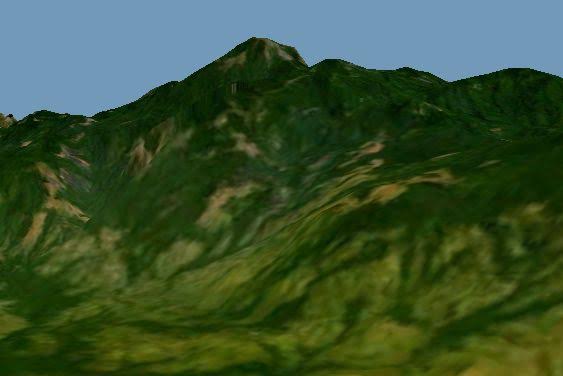 Mount Kinyeti is the highest peak in South Sudan. It is located in the Imatong Mountains in Ikwoto County of Imatong State, near the Ugandan border. It was earlier located in Eastern Equatoria before the reorganisation of states. Kinyeti has an elevation of 3,187 metres above sea level. The group of high mountains that contain Kinyeti, extending to the border with Uganda, are sometimes called the Lomariti or Lolobai mountains. The lower parts of the mountain were covered with lush forest. These are the most northern forests of the East African montane forest ecoregion. The summit is rocky, with montane grassland and scattered, low ericaceous scrubs, low subshrub and herbs in rock crevices. One of the first Europeans to visit the mountain was the botanist Thomas Ford Chipp, who discovered Coreopsis Chippii near the summit.

The Imatong Mountains are mainly located in Imatong State in southeastern South Sudan, and extend into the Northern Region of Uganda. It was earlier a part of Eastern Equatoria before reorganisation of states. Mount Kinyeti is the highest mountain of the range at 3,187 metres, and the highest point of South Sudan. The range has an equatorial climate and had dense montane forests supporting diverse wildlife. Since the mid-20th century the rich ecology has increasingly been severely degraded by native forest clearance and subsistence farming, causing extensive erosion of the slopes

The Bahr el Zeraf, or Zeraf River in the English language, is an arm of the White Nile in the Sudd region of South Sudan. It is completely contained within the South Sudanese state of Jonglei. Its name is Arabic for “Giraffe River”.

The Kidepo Game Reserve is a protected area located in Bira, Kidepo Valley County, Eastern Equatoria State, South Sudan, Africa. Three quarters of the Kidepo Valley Reserve park is in Bira, which is inhabited by the Ketebo people and the word “Kidepo” come from the Ketebo word “Kidebo”, which mean “Help us”. However, Sudan deployed some game rangers in Bira during 1976 – 1983 immediately the war broke out in 1983. With an area of 1200 Km2 this reserve is located 4° 04’N and 33° 28’E on the South Sudan/Uganda border where it forms a contiguous ecosystem with Uganda’s Kidepo Valley National Park. Main mammal species of the reserve include, among others, elephants, wild dogs, lions, cheetahs, leopards, hyenas, lesser kudu, buffalos, and Giraffe. The present conservation status of these and many other mammals, birds, reptiles and amphibians is not known. It is likely that due to the protracted war and many other conservation challenges listed below the numbers of wildlife have been reduced in a similar way as those in 80ma, Nimule and Southern National Parks. It is a game reserve and Important Bird Area.

The Shambe National Park is a national park in South Sudan, located on the west bank of the White Nile. It was established in 1985 and extends over an area of 620 km². The national game park is in the remote area of Adior and extend southward to Malek near Ramciel. Another name for Shambe is “Anyoop”. It was primarily established to provide protection to certain wild animals, such as foxes, monkeys, lions, gazelles, giraffes and ostriches.

The Machar Marshes are a large area of wetlands in the state of Upper Nile, South Sudan. Estimates of their size vary. A 1950 study put the area of swamp at 6,500 km². A 1980 study put the area of permanent swamp at 8,700 km²., 60% of which was grass and forest. The marshes are fed by waters from the Khor Machar, the Yabus River and the Daga River. At times of high water they are also fed by spill from the Pibor River. The marshes are drained by the Adar River, a tributary of the White Nile.

The Adar River, known to the Dinka as the Yal, is a tributary of the White Nile in the state of Upper Nile, South Sudan. It flows north west from the Machar Marshes and enters the White Nile just upstream of the town of Melut.

Lantoto National Park is a protected area in southwestern South Sudan on the border with the Democratic Republic of the Congo. The park has an area of 760 km² and is predominantly woodland, forest and open glades. The park was named by the Sudan’s central government in the Wildlife Act of 1986 and Wildlife Conservation and National Parks Act of 2003. As of 2012 the boundaries of the park have not been demarcated. The vegetation of the park supports a huge population of elephants, Buffaloes, Baboon, Antelope and Ostrich. The highest and the most prominent mountain is Jabal Mbang i. Poaching in the park is increasingly threatening the survival of elephants.

The Agwei River or the River Agwei, also spelled Agvey, is a tributary of the Pibor River that flows through eastern South Sudan and western Ethiopia. Its own tributaries include the Abara and Kongkong rivers. The river is a wadi, or ravine, that may run dry during the dry season but quickly becomes a watercourse due to heavy rainfall during the wet season.

The Veveno River is a river in eastern South Sudan by the Imatong Mountains. It is a tributary of the Lotilla River, which it joins southwest of Pibor. 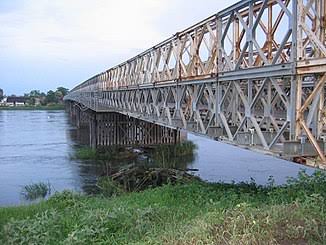 Lake Ambadi is a lake of South Sudan. It forms one of the world’s largest wetlands, and is home to large numbers of the rare Shoebill

The Wau River, or Wau Nahr, is a river in South Sudan. It shares its name with Wau, the state capital of Western Bahr el Ghazal, where the river is located east of the international border with the Central African Republic.

The Didinga Hills are an upland area in Namorunyang State of South Sudan, lying mainly within Budi County. Before the reorganisation of states, it was a part of Eastern Equatoria. They are named for the Didinga people who live in the region. The Didinga Hills have rich and fertile soil that is used for cultivation of tobacco, potatoes, maize, and Dura. The Nakodok, Narus and Loyoro rivers originate in the east of Didinga Hills, flowing eastward into Greater Kapoeta and discharging into the swampy area northeast of Narua. The rivers flood during the rainy season, but ceases to flow at other times. In the dry season the Toposa from Greater Kapoeta would drive their cattle to the Didinga Hills for water and pasture until the rains began in Toposa land. In the past, this practice was carried out by agreement between the two communities, with a gift being made in exchange for the right to access the pasturage. With the proliferation of guns and breakdown of order during the civil war, the traditional protocols were ignored and violence became common.

The Narus River flows in a northwesterly direction through the southern portion of Kidepo Valley National Park in northern Uganda, joining the larger Kidepo River near Komoloich, about 13 kilometres after entering Eastern Equatoria state of South Sudan. The name Narus is derived from the Karamajong word for mud. The Narus Valley has a 40% higher mean annual precipitation than the Kidepo Valley. Together with a different soil structure, this creates perennial swamps and water pools along the Narus River in the middle of undulating grassland and bushland mosaic savanna, which draw plains game and are home to the Nile crocodile. Most of the Park’s tourist infrastructure is in Narus Valley, as much of the game from the more expansive northern Kidepo Valley migrates there during the dry season.

Radom National Park is a biosphere reserve in South Darfur, Sudan, Africa. Most of it is disputed nowadays between Sudan and South Sudan, as the area of Kafia Kingi, which makes up the vast majority of the National Park, was to be transferred to South Sudan through the Comprehensive Peace Agreement of 2005. However, Sudan is still holding some weak control over the area. The area became a safe haven for smugglers since. The Park is 1,250,970 hectares in size. The Adda and Umblasha Rivers form the park’s northern and southern boundaries. Contiguous to Radom is the Andre Felix National Park of the Central African Republic. Established as a park, it was designated in 1979 as a member of the World Network of Biosphere Reserves. Rivers, streams, and permanent pools cover much of the park, which is characterized as a wooded savannah. Approximately 90% of the habitat is shrubland, while the remainder is forest. Annual rainfall ranges between 900–1,700 millimetres; the mean annual relative humidity ranges between 57-65%; and the average annual temperature is 16-27 C.