Top Places to Visit In Burundi On Your Next Vacation

in Africa
Reading Time: 12 mins read
A A

Top Places to Visit In Burundi On Your Next Vacation. Burundi, officially the Republic of Burundi, is a landlocked country in the Great Rift Valley where the African Great Lakes region and East Africa converge.

Top Places to Visit In Burundi On Your Next Vacation

The Ruzizi is a river, 117 kilometres long, that flows from Lake Kivu to Lake Tanganyika in Central Africa, descending from about 1,500 metres to about 770 metres above sea level over its length. The steepest gradients occur over the first 40 kilometres, where hydroelectric dams have been built. Further downstream, the Ruzizi Plain, the floor of the Western Rift Valley, has only gentle hills, and the river flows into Lake Tanganyika through a delta, with one or two small channels splitting off from the main channel. The Ruzizi is a young river, formed about 10,000 years ago when volcanism associated with continental rifting created the Virunga Mountains. The mountains blocked Lake Kivu’s former outlet to the watershed of the Nile and instead forced the lake overflow south down the Ruzizi and the watershed of the Congo. 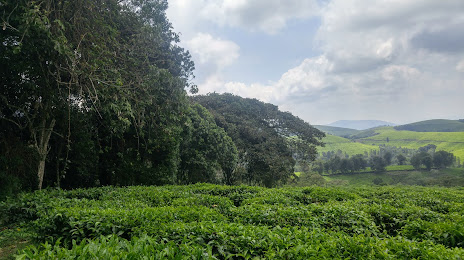 The Kibira National Park is a national park in northwestern Burundi. Overlapping four provinces and covering 400 km², Kibira National Park lies atop the mountains of the Congo-Nile Divide. It extends north from the provincial town of Muramvya to the border of Rwanda where it is contiguous with the Nyungwe National Park. 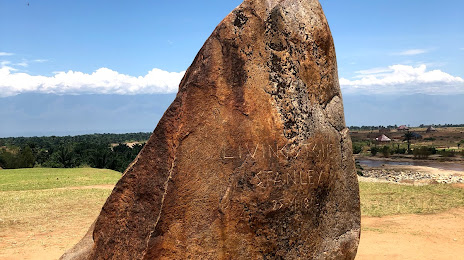 The Livingstone–Stanley Monument at Mugere marks a location where explorer and missionary Dr David Livingstone and journalist and explorer Henry Morton Stanley visited and spent two nights on 25–27 November 1871 in Burundi. It is 12 km south of the largest city and former capital Bujumbura, overlooking Lake Tanganyika. In French, it is referred to as La Pierre de Livingstone et Stanley. Some Burundians claim the location is where the famous first meeting of Livingstone and Stanley took place, at which the latter uttered the famous words “Dr Livingstone, I presume?”. However, that meeting actually took place in Ujiji in Tanzania on 10 November 1871 as clearly detailed in Stanley’s book, “How I Found Livingstone”. David Livingstone’s journal also confirms Ujiji as the location, with an entry the day before the meeting reading “At dawn, off and go to Ujiji”, a town he knew well. Livingstone then details meetings with several Arab residents of Ujiji including one who was supposed to be keeping his goods from his previous visit, before recording Stanley’s arrival.

The Living Museum of Bujumbura is a zoo and museum in Burundi. The museum is located in Bujumbura, the country’s largest city and former capital, and is one of the country’s two public museums. It is dedicated to the wildlife and art of Burundi. The museum was founded in 1977 and occupies a 3 hectares park on the rue du 13 Octobre in downtown Bujumbura. In December 2016, the zoo’s collection included six crocodiles, one monkey, one leopard, two chimpanzees, three guinea fowls, a tortoise, an antelope, and a number of snakes and fish. A number of Burundian craftsmen also have workshops on the museum’s premises. Several different types of trees stand in the park, alongside a reconstruction of a traditional Burundian house. The number of visitors to the museum fell sharply in the aftermath of the 2015 Burundian unrest, following a wider decline in the number of tourists to the country.

The National Museum of Gitega is the national museum of Burundi. It is located in Gitega and was founded under Belgian colonial rule in 1955. The museum is the largest of Burundi’s public museums although its collection is displayed in a single room. In 2014 it averaged 20–50 visitors per week. Founded in 1955, the museum was intended to preserve artefacts from Burundian folk culture which were declining as a result of modernisation and social change. Its collection includes ethnographic and historical objects originating in the country, including artefacts from the court of the Burundian monarchs. The lack of funds has meant that the museum has made few recent acquisitions. In 2015, a catalogue of the museum’s collection was published with the support of the German Embassy in Burundi entitled Le Patrimoine Burundais: le Musée de Gitega. 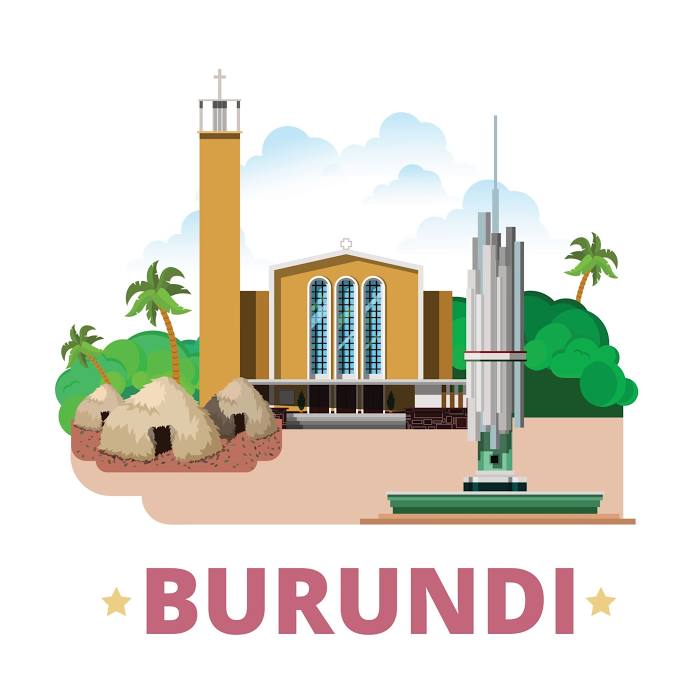 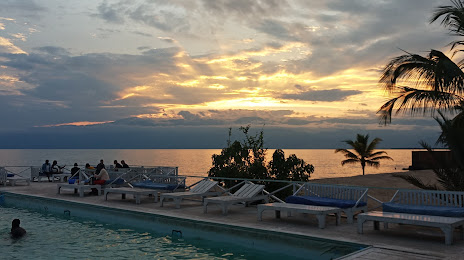 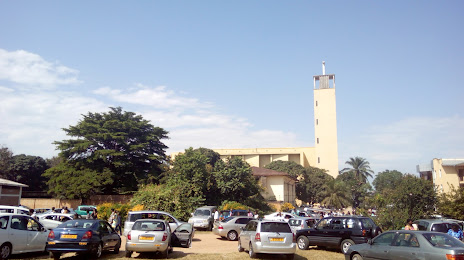 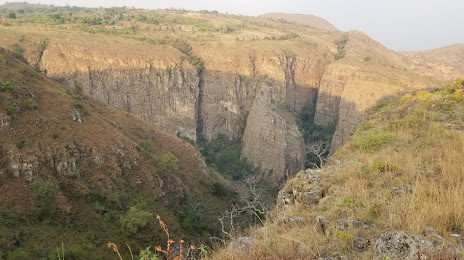 Mount Kikizi is one of the highest mountains in Burundi. Its summit is at a height of 2,145 m. The mountain stands in the country’s southeast, between the towns of Rutana and Kinyinya. A spring emanating from Mount Kikizi, the Ruvyironza, was identified by Burkhart Waldecker as being the source of the White Nile.

Bururi Nature Reserve is a nature reserve in southwestern Burundi. Created in 1951, it is in IUCN Management Category IV. Its area is 15.35 km² and it is managed by the Institute National pour l’ Environment et la Conservation de la nature. There are 93 species of trees in the Bururi forest, with Strombosia and Myrianthus spp. dominant and Tabernaemontana, Newtonia and Entandrophragma spp. also common, 87 bird species have also been registered, including Apalis argentea which is common in some areas. The annual rainfall is from 1200mm to 2400mm. 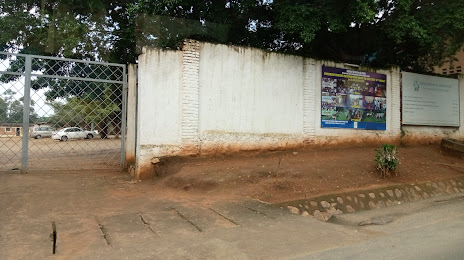 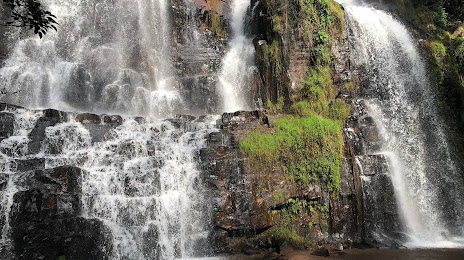 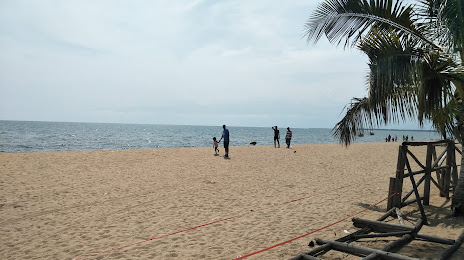 Rumonge Nature Reserve is a protected area in Burundi covering 50 km². It was established in 1980. It is located at an elevation of 1,641 m.

The Vyanda Forest Nature Reserve is found in Burundi. It was established in 1980.This site is 6 km².

Rusizi Nature Reserve is a nature reserve in Burundi, next to the Rusizi River. It is 15 km north of the city of Bujumbura and home to hippopotamuses and sitatungas. Gustave, a Nile crocodile rumored to have killed 300 people lives here

Ruvubu National Park is a national park in Burundi covering 508 km² that was established in 1980. Its borders fall within the provinces of Karuzi, Muyinga, Cankuzo and Ruyigi. The park touches neighboring Tanzania to the south, the valley of the Ruvubu River whose landscape dominates this area. The Ruvubu National Park gets its name from the Ruvubu River which runs through the length of the park. The park is the last vestige of the natural grassland ecosystem which once covered the vast majority of the northeast part of Burundi. It is home to a number of wildlife species, most notably hippopatamus, Nile crocodile, Cape buffalo, waterbuck, numerous duiker species, five primate species, including olive baboon, vervet monkey, red colobus monkey, blue monkey, and Senegal bushbaby. Approximately 200 species of birds were recorded in the park.

The Akanyaru River is the main tributary of the Nyabarongo River. It rises in the western highlands of Rwanda and Burundi, flows east and then north along the border between those countries before joining the Nyabarongo River. The lower stretches contain important but unprotected wetlands, which are under threat from human activity.

Top Places to Visit In Rwanda On Your Next Vacation

Top Places to Visit In Malawi On Your Next Vacation

Top Places to Visit In Malawi On Your Next Vacation

Top Places to Visit In Egypt On Your Next Vacation