Al-Fayturi was born in 1936 in Al Geneina in Western Darfur, Sudan, and his paternal family belonged to the Masalit people. His father was a Sufi sheikh of Libyan descent, and his mother was Egyptian.

He grew up in Alexandria, Egypt, and studied Islamic sciences, philosophy and history at Al-Azhar University until 1953, and then continued his studies in literature at Cairo University. After this, he joined the Institute of Political Science in Cairo.

Al-Fayturi started writing classical Arabic poetry at the age of 13, and later became one of the major figures of contemporary Arabic poetry

Al-Fayturi worked as journalist, and later, editor for Sudanese or Egyptian newspapers at the age of 17. Moreover, he was an acclaimed poet, and also was appointed as diplomat, political and cultural counsellor, and then as ambassador of Libya in several countries, including Lebanon and Morocco. From 1968–1970, he was appointed as an expert for the Arab League. He also was a member of the Arab Writers Union.

In 1953 he published his first collection of poems entitled ‘Aga’nni Afriqia’ (in English: ‘Songs of Africa’).

Al-Fayturi died in Rabat, Morocco, in 2015. In an obituary, the Lebanese newspaper The Daily Star wrote: “His work particularly draws upon his experience as an African living among Arabs, and thus addresses issues such as race, class and colonialism.”

In 2021, Google Doodle celebrated his work and contributions.

Google Doodle is celebrating the legendary Sudanese poet Muhammad Al-Fayturi on Tuesday, on the occasion of the 85th anniversary of his birthday, by featuring a graphic doodle for him.

He is remembered as one of the Arab and African most influential poets and was also a recipient of the Award, the highest honor for poetry.

The legendary African and Arab poet has been called the father of contemporary Arabic poetry school, and African Modern Literature; he is widely revered as one of the greatest artists of all time and most diversely talented person to have ever walked on the earth.

Al-Fayturi was born in 1936 in Al Geneina in Western Darfur, Sudan, to a constructive father who was a Sufi sheikh of Libyan descent, and an Egyptian mother.

He grew up in Alexandria, Egypt, and enrolled in Al-Azhar University until 1953, and then continued his studies in literature at Cairo University. 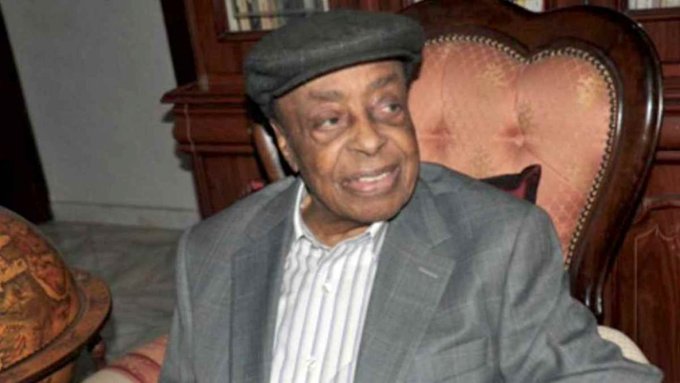