in Sports
Reading Time: 89 mins read
A A

The London Marathon, one of the six World Marathon Majors,[1] has been contested by men and women annually since 29 March 1981. Set over a largely flat course around the River Thames, the marathon is 26.2 miles (42.2 km) in length[2] and generally regarded as a competitive and unpredictable event, and conducive to fast times.

The inaugural marathon had 7,741 entrants, 6,255 of whom completed the race. The first Men’s Elite Race was tied between American Dick Beardsley and Norwegian Inge Simonsen, who crossed the finish line holding hands in 2 hours, 11 minutes, 48 seconds. The first Women’s Elite Race was won by Briton Joyce Smith in 2:29:57. In 1983, the first wheelchair races took place. Organized by the British Sports Association for the Disabled (BASD), 19 people competed and 17 finished. Gordon Perry of the United Kingdom won the Men’s Wheelchair Race, coming in at 3:20:07, and Denise Smith, also of the UK, won the Women’s Wheelchair Race in 4:29:03.

Twenty athletes representing the United Kingdom have won the London Marathon a total of forty times. The most recent win by a British athlete was in the 2012 London Marathon, by David Weir in the Men’s Wheelchair Race. It was his sixth win in London. Kenya has the second largest number of winning athletes. Seven Kenyan men and seven Kenyan women have been victorious a total of eighteen times, all in the able-bodied category. Eleven men, including those from the wheelchair races, have won the marathon more than once, Weir’s six wins being the record. Sixteen women have been winners more than once; Tanni Grey-Thompson won the women’s wheelchair race six times between 1992 and 2002. 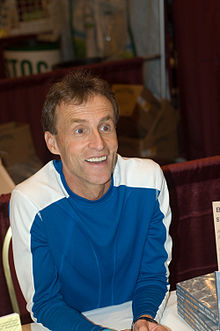 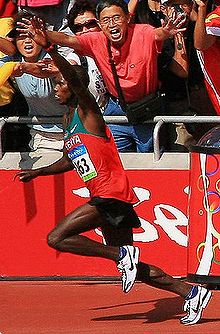 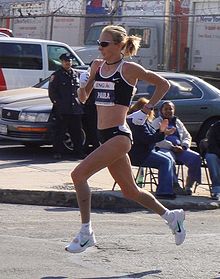 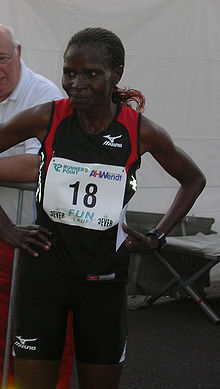 Joyce Chepchumba was the first non-European to win the women’s competition.