in Africa, Business, Made In Africa
Reading Time: 5 mins read
A A

List of cement manufacturers in Kenya. This is the list of companies that manufacture cement in Kenya. A cement is a binder, a substance used for construction that sets, hardens, and adheres to other materials to bind them together. Cement is seldom used on its own, but rather to bind sand and gravel together. Cement mixed with fine aggregate produces mortar for masonry, or with sand and gravel, produces concrete.

Here is List of Best Cement Manufacturers in Kenya 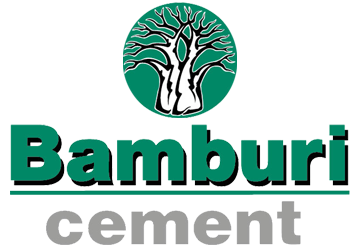 Bamburi Cement Limited is an industrial company in Kenya specialising in cement and concrete. The company has operations in Bamburi suburb of Mombasa, it is headquartered in Nairobi and its stock is listed on the Nairobi Securities Exchange.

Bamburi Cement was founded in 1951 by Felix Mandl as a partnership between Cementia Holding and Blue Circle in British Kenya. production from its Mombasa plant in 1954. In 1998, Bamburi opened a clinker grinding plant

Mombasa Cement Limited (MCL) is an industrial company in Kenya specialising in the manufacture of construction materials. The company has operations in Nairobi, Athi River and Kilifi, it is headquartered in Mombasa. The company is a privately owned business. In 2017, the company partnered with Mombasa County to refurbish the Mombasa tusks monument

East African Portland Cement Company commonly known by its abbreviation EAPCC, is a Kenyan based construction company specializing in the manufacturing and selling of cement and cement related products. East African Portland Cement Company started as a trading company importing cement mainly from England for early construction work in British East Africa (now Kenya) as an agent of Blue Circle Industries of the United Kingdom. The name Portland was given due to the resemblance in colour of set cement to the Portland stone that was mined on the Isle of Portland in Dorset, England.

The Savannah Cement investment, which stands at an estimated value of KES 10 billion, is indigenously owned by Kenyan investors. The company comprises local investors, who have an in-depth understanding of the East African cement market, committed to running East Africa’s eco-friendliest and efficient cement-manufacturing complex to world-class standards.
Savannah Cement operates an eco-friendly cement grinding plant with a capacity of 2.4 million tons a year. The plant is strategically placed near Nairobi, which accounts for 50% of Kenya’s cement consumption. Savannah Cement is not only designed to make the best use of green technology, but is also focused on revolutionising environmental management in the regional Cement Industry.

ARM Cement Limited, formerly Athi River Mining Limited, but commonly referred to as ARM is a mining and manufacturing company in Kenya, the largest economy in the East African Community. The company is headquartered in Nairobi and its stock is listed on the Nairobi Stock Exchange.

ARM Cement is one of the largest manufactures of cement in Eastern Africa, accounting for 2.6 metric tonnes annually in 2014. ARM has operations in Kenya, Tanzania, and South Africa. Products manufactured include cement, fertilizers, quicklime, hydrated lime, sodium silicate and other industrial minerals. A new factory planned in Kitui, Kenya, is expected online in three to four years and will cost an estimated US$400 million to construct. Once operational, Kitui will increase ARM Cement Limited’s production capacity to 5 million tonnes annually.

ARM was founded in 1974 by the late Harjivandas J. Paunrana as a producer of agricultural lime.

His son, Pradeep Paunrana, is the current Managing Director and CEO of the company. In Kenya, the company has factories in Mombasa and Athi River, where their first cement factory was established in 1994. Cement production at Athi River Commenced in 1996.

The table below illustrates the rankings of Kenya’s cement manufacturers, based on annual production figures, as of December 2016.

How to Buy Airtel Data Bundles in Kenya