in Africa, African History
Reading Time: 7 mins read
A A

List of African Nobel laureates. The Nobel Prize is an international prize awarded annually since 1901 for achievements in Physics, Chemistry, Physiology or Medicine, Literature, and Peace. An associated prize in Economic Sciences has been awarded since 1969. Nobel Prizes have been awarded to over 800 individuals.

Africans have received awards in five of the six Nobel prize categories: Peace, Physics, Physiology or Medicine, Literature and Chemistry. The first Black African recipient, Albert Luthuli, was awarded the Peace Prize in 1960 and the first White African who received the prize was Max Theiler in 1951 for Physiology or Medicine. The most recent recipients, Ellen Johnson Sirleaf and Leymah Gbowee, were awarded the Nobel Prize in 2011.

Two African laureates, Anwar Sadat of Egypt in 1978 and F.W. de Klerk of South Africa in 1993, were presidents of their countries at the time they were awarded the Nobel Prize. Sadat was honored along with Israeli Prime Minister Menachem Begin for their efforts to reach a peace agreement between their two countries. DeKlerk was awarded the Nobel Peace Prize along with Nelson Mandela, who led the ANC but was not president of South Africa until 1994.

Akinwande Oluwole Babatunde Soyinka, known as Wole Soyinka, is a Nigerian playwright, novelist, poet, and essayist in the English language. He was awarded the 1986 Nobel Prize in Literature, the first sub-Saharan African to be honoured in that category. Soyinka was born into a Yoruba family in Abeokuta.

Naguib Mahfouz was an Egyptian writer who won the 1988 Nobel Prize for Literature. He is regarded as one of the first contemporary writers of Arabic literature, along with Taha Hussein, to explore themes of existentialism.

Nadine Gordimer was a South African writer, political activist and recipient of the 1991 Nobel Prize in Literature. She was recognized as a writer “who through her magnificent epic writing has – in the words of Alfred Nobel – been of very great benefit to humanity”

John Maxwell Coetzee is a South African-born novelist, essayist, linguist, translator and recipient of the 2003 Nobel Prize in Literature. He is one of the most critically acclaimed and decorated authors in the English language.

Sir Aaron Klug OM FRS FMedSci HonFRMS was a Lithuanian-born, British biophysicist, and winner of the 1982 Nobel Prize in Chemistry for his development of crystallographic electron microscopy and his structural elucidation of biologically important nucleic acid-protein complexes.

Max Theiler was a South African-American virologist and physician. He was awarded the Nobel Prize in Physiology or Medicine in 1951 for developing a vaccine against yellow fever in 1937, becoming the first African-born Nobel laureate.

Allan MacLeod Cormack was a South African American physicist who won the 1979 Nobel Prize in Physiology or Medicine for his work on X-ray computed tomography. 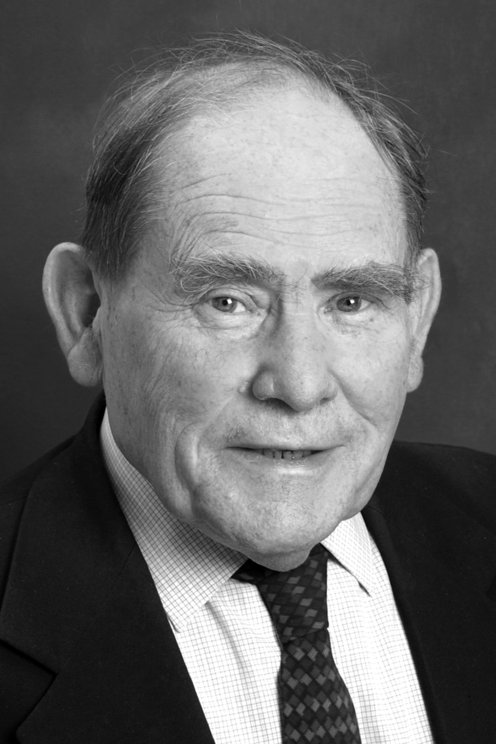 Sydney Brenner CH FRS FMedSci MAE was a South African biologist. In 2002, he shared the Nobel Prize in Physiology or Medicine with H. Robert Horvitz and Sir John E. Sulston. 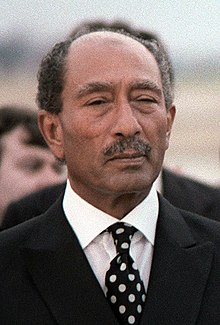 Muhammad Anwar el-Sadat was an Egyptian politician who served as the third President of Egypt, from 15 October 1970 until his assassination by fundamentalist army officers on 6 October 1981.

Desmond Mpilo Tutu OMSG CH GCStJ is a South African Anglican cleric and theologian, known for his work as an anti-apartheid and human rights activist. 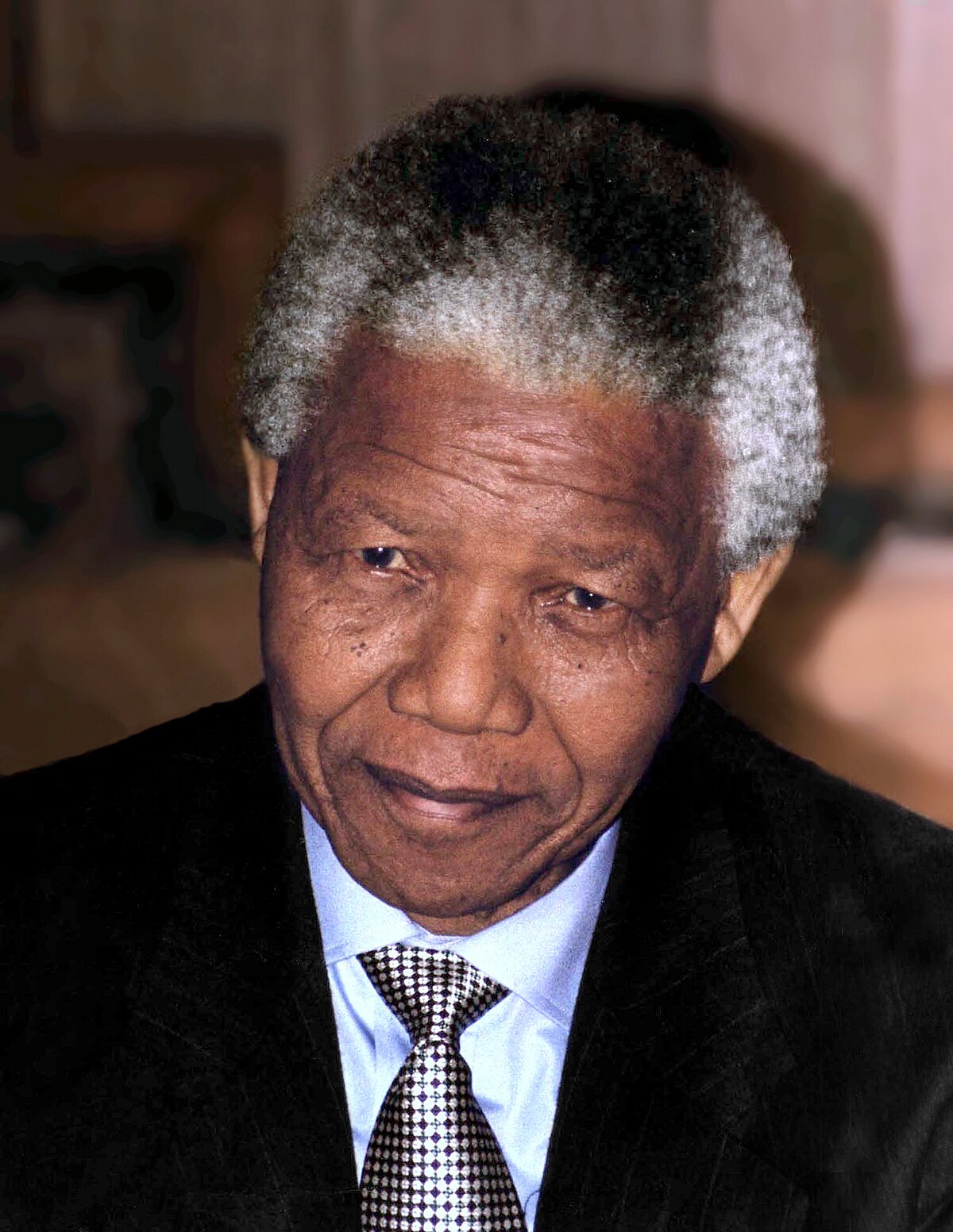 Nelson Rolihlahla Mandela was a South African anti-apartheid revolutionary, political leader and philanthropist who served as President of South Africa from 1994 to 1999. He was the country’s first black head of state and the first elected in a fully representative democratic election.

Frederik Willem de Klerk OMG DMS is a South African retired politician, who served as State President of South Africa from 1989 to 1994 and as Deputy President from 1994 to 1996. 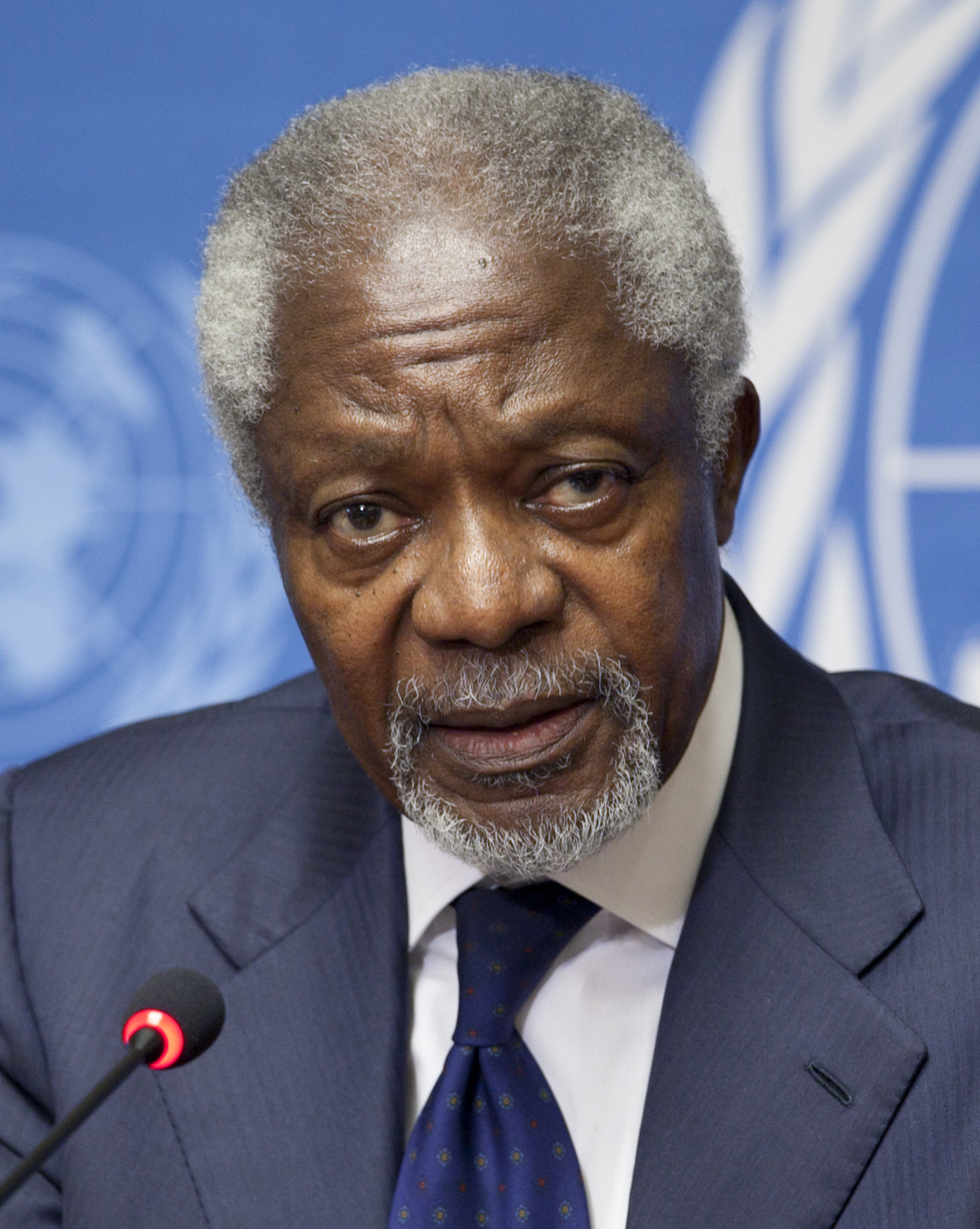 Kofi Atta Annan was a Ghanaian diplomat who served as the seventh Secretary-General of the United Nations from January 1997 to December 2006. Annan and the UN were the co-recipients of the 2001 Nobel Peace Prize. 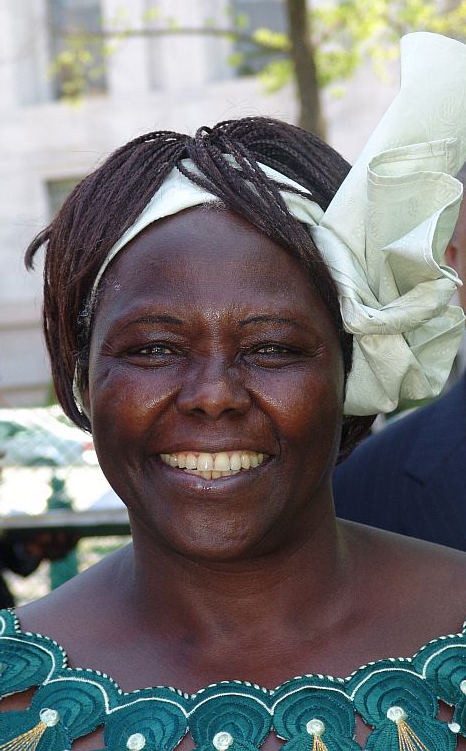 Wangarĩ Muta Maathai was a Kenyan social, environmental, and political activist and the first African woman to win the Nobel Peace Prize. 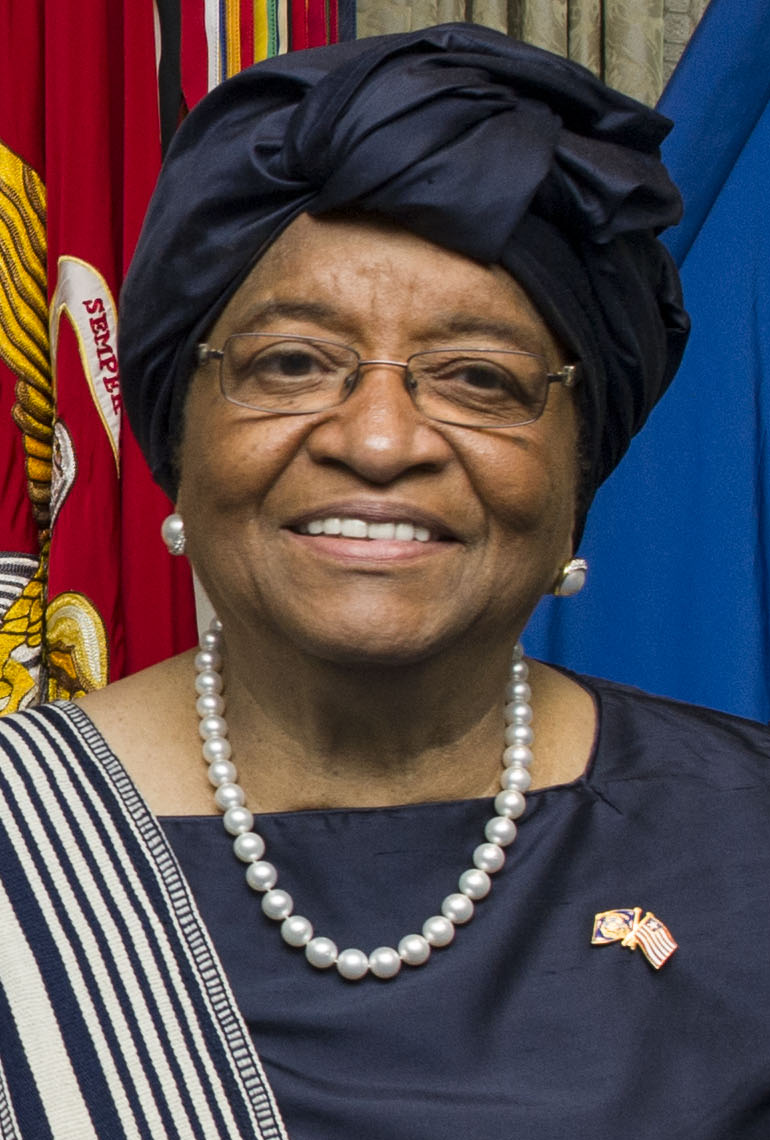 Ellen Johnson Sirleaf is a Liberian politician who served as the 24th President of Liberia from 2006 to 2018. Sirleaf was the first elected female head of state in Africa. Sirleaf was born in Monrovia to a Gola father and Kru-German mother. She was educated at the College of West Africa. 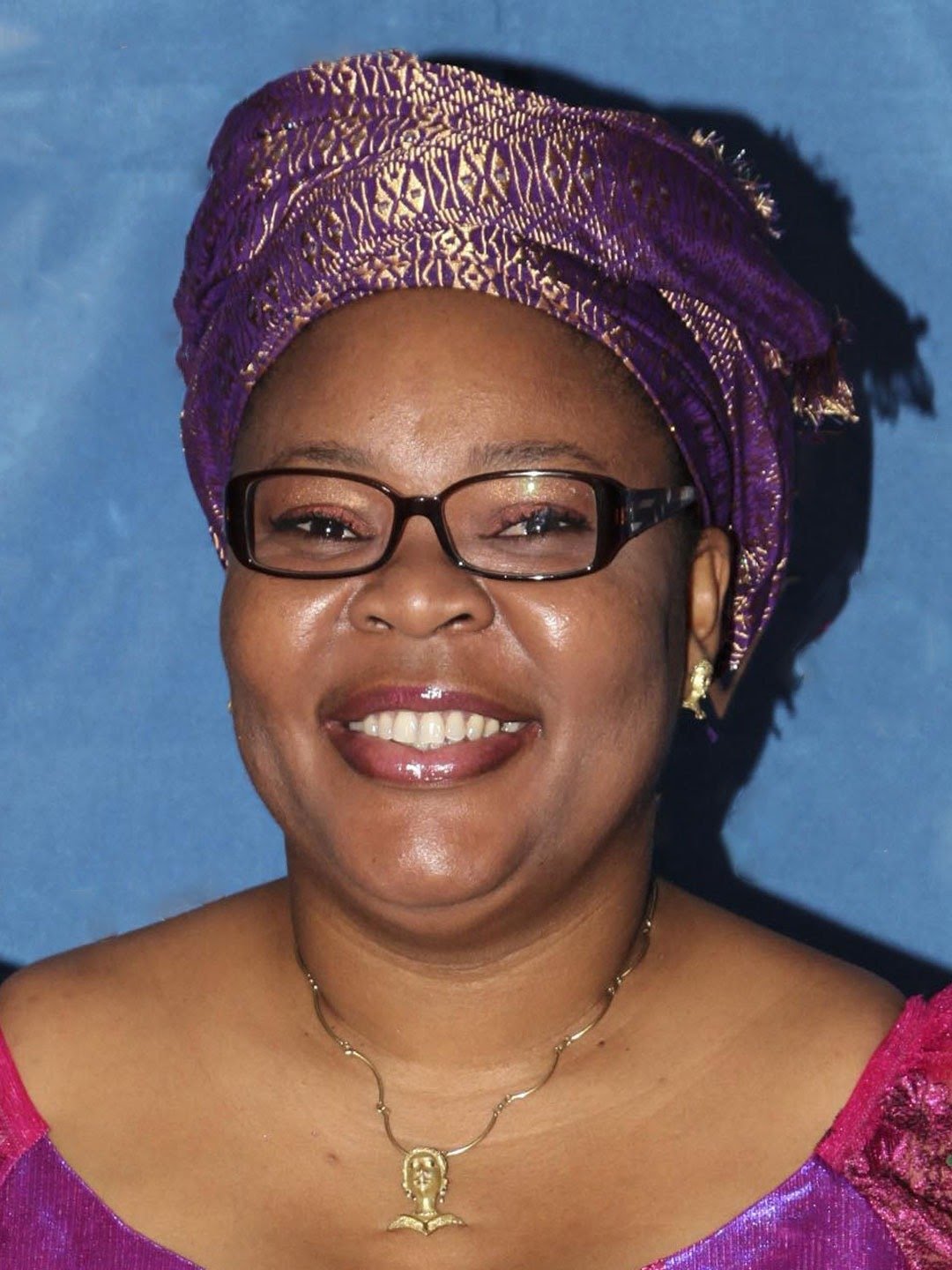 Leymah Roberta Gbowee is a Liberian peace activist responsible for leading a women’s nonviolent peace movement, Women of Liberia Mass Action for Peace that helped bring an end to the Second Liberian Civil War in 2003.

The Tunisian National Dialogue Quartet is a group of four civil society organizations that were central mediators in the effort to consolidate democratic gains and to form a lasting constitutional settlement in Tunisia following the unrest and historic regime change of the 2011 Jasmine Revolution. 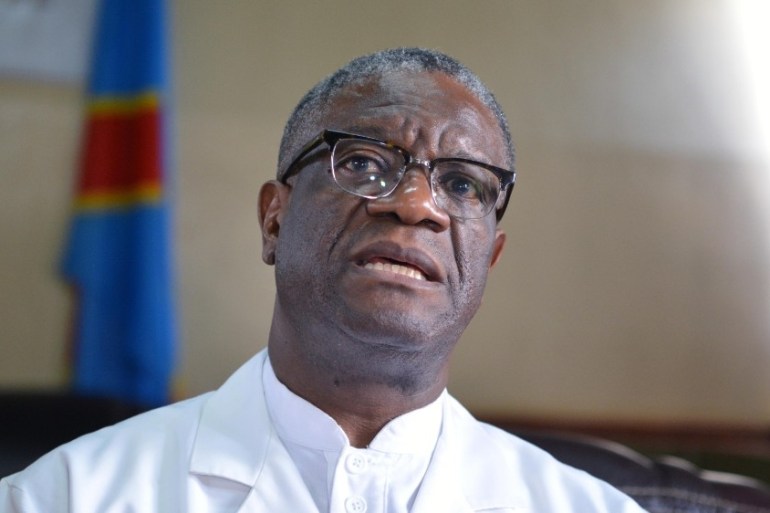 Denis Mukwege is a Congolese gynecologist and Pentecostal pastor. He founded and works in Panzi Hospital in Bukavu, where he specializes in the treatment of women who have been raped by armed rebels. Abiy Ahmed Ali is an Ethiopian politician serving as 4th Prime Minister of the Federal Democratic Republic of Ethiopia since 2 April 2018.

Disclaimer: All the images Used here are the property of their owners