in Wealth
Reading Time: 11 mins read
A A

HSBC Bank Middle East Limited is the largest and most widely represented international bank in the Middle East. HSBC Holdings plc is a British multinational investment bank and financial services holding company. It is the largest bank in Europe, with total assets of US$2.715 trillion (as of August 2020). HSBC traces its origin to a hong in British Hong Kong and its present form was established in London by the Hongkong and Shanghai Banking Corporation to act as a new group holding company in 1991; its name derives from that company’s initials. The Hongkong and Shanghai Banking Corporation opened branches in Shanghai in 1865 and was first formally incorporated in 1866.

HSBC has around 3,900 offices in 65 countries and territories across Africa, Asia, Oceania, Europe, North America, and South America, and around 38 million customers. As of 2014, it was the world’s sixth-largest public company, according to a composite measure by Forbes magazine. It is considered a systemically important bank by the Financial Stability Board.

HSBC’s history has been plagued by a succession of scandals and the bank has been repeatedly fined for money laundering (sometimes in relation with organized crime or terrorist organizations like Al Qaeda) or setting up large scale tax avoidance schemes. In 2019 HSBC had 8.5 trillion in assets under custody (AUC) and in 2020 it had over $4 trillion in assets under administration (AUA) 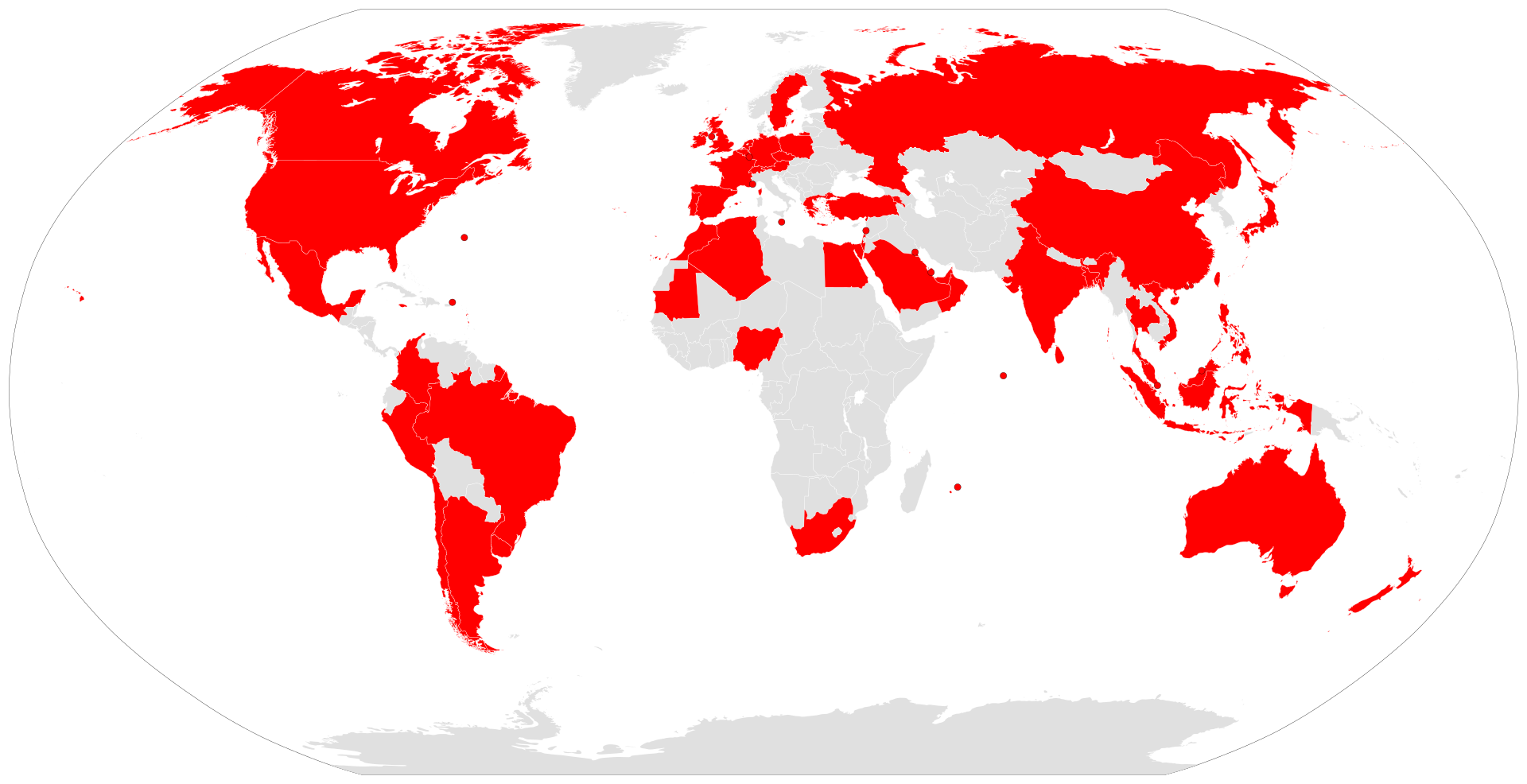 The Imperial Bank of Persia (Persian: بانک شاهنشاهی ایران; Bank-e Šâhanšâhi-ye Irân) was a British bank that operated as the state bank and bank of issue in Iran (formerly known as Persia until 1935) between 1889 and 1929. It was established in 1889 with a concession from the Persian government to Baron Julius De Reuter (born Israel Beer Josaphat), a German Jewish banker and businessman who later became a Christian and a British subject.

The bank was the first modern bank in Iran and introduced European banking ideas to a country in which they were previously unknown. The legal centre of the bank was in London and whilst it was subject to British law, its activities were based in Tehran. It also had operations in other Middle Eastern countries.

In 1952, the bank abandoned the Iranian market and it was later renamed British Bank of the Middle East (BBME).

In 1959, BBME was acquired by The Hongkong and Shanghai Banking Corporation Limited.

In 1994, the bank’s head office was moved to Jersey, and subsequently changed its name to HSBC Bank Middle East (HBME) in 1999.

In June 2016, the bank transferred its place of incorporation and head office from Jersey to Dubai International Financial Centre, Dubai, UAE

HSBC has a presence in Algeria since August 2008 when HSBC France opened a registered office and branch in Algiers. In 2009, HSBC France transferred the supervision of the bank to HBME. The bank has two branches located at the cities of Algiers (head office) and Oran. It offers banking products and services for Corporate, as well as Retail Banking customers.

HSBC has a presence in Bahrain since 1944 when the Imperial Bank Of Persia opened a branch. The bank’s network in Bahrain extends to three locations, including an offshore banking unit. It is represented by HSBC Middle East Limited (HBME) and is the largest foreign bank in Bahrain. The bank has branches, in Manama, Adliya, and Seef, as well as a network of ATMs at 20 different locations. HSBC provides a range of banking services for both corporate and retail banking customers in Bahrain

British Bank of the Middle East opened a branch in 1975 that it closed in 1986, having failed to adapt itself to the market.

British Bank of the Middle East had established itself in Jordan in 1949. At one point it had a branch in Jordanian Jerusalem, before the Israeli occupation of east Jerusalem after the war of 1967.

HSBC first received the license to operate in Kuwait as the Imperial Bank of Persia in 1942, it renamed itself to BBME in 1952. It left the country in 1971 following the nationalisation of all foreign bank operations.

The bank formally reestablished a presence in Kuwait in October 2005 after receiving a license by Kuwait’s Council Of Ministers.

HSBC has been operating in Lebanon since 1946. It maintained a network of four offices in St. Georges Bay, Dora, Achrafieh and Ras Beirut which is supported by telephone and internet banking services. On 16 November 2016, HSBC announced the sell of its Corporate, Retail Banking and Wealth Management business to BLOM Bank. The sale was completed on 13 June 2016. All employees were transferred to BLOM Bank S.A.L. as part of the agreement.

HSBC Bank Oman S.A.O.G has been present in the Sultanate since 1948, and for two decades it was the only bank operating in the country. The bank assisted in the issuance of the first Omani currency in 1970. It provides a wide range of banking services for both corporate and retail banking customers. In recent years HSBC Oman has expanded to over 90 branches and in addition has a full-service trading operation, private banking operation, and a custodial service for the Muscat Securities Market. In 2012, HSBC merged with Oman International Bank and by the end of 2012 all OIB branches had been rebranded as HSBC Bank Oman S.A.O.G.

The bank has several dedicated ‘Premier’ Customer Service Centres in Madinat al Sultan Qaboos and Azaiba, in addition to dedicated service areas in certain main branches such as Qurum and Ruwi.

HSBC started its operations in Pakistan in 1982 with limited presence in three major cities. HSBC’s offices in Pakistan were operated by The Hongkong and Shanghai Banking Corporation initially. In 2008, The Hongkong and Shanghai Banking Corporation merged its Pakistan banking business with HSBC Bank Middle East Limited. Over the course of next 4 year, it expanded its operations to all major cities of Pakistan and operated as a full-service bank. At its peak, it had 12 offices, 24/7 telephone call centre, and HSBC Premier. The bank also offered NRP (non-resident Pakistani) services. Out of its branches, four were located in Karachi, two each in Lahore and Islamabad, and one each in Rawalpindi, Faisalabad, Sialkot and Multan. All the cities served also offered Premier Centres.

On 9 May 2014, HSBC Bank Middle East (HBME) entered into an agreement to sell its banking business in Pakistan to Meezan Bank, citing strategy of scaling back its operations in markets with limited scale. The transaction, after regulatory and other customary approvals, completed on 14 October 2014. All employees in the business were offered positions with Meezan upon completion.

HSBC headquarters in Ramallah on August 2010, it was closed on December 2015.

HSBC operated in the Palestinian Territories until 31 December 2015. All operations of HSBC, including personal and commercial banking and headquarters in Ramallah, were closed by 31 December 2015.

HSBC has been present in Qatar since 1954.The bank offers a full range of cross-border banking products and services including Retail Banking, Commercial and Global Banking, Wealth Management and Offshore banking. HSBC is the largest foreign bank in Qatar and has three branches in Doha, located at Airport Road, City Center and Salwa, as well as a network of ATMs at 11 locations.

The United Arab Emirates represents a key part of HSBC’s business, with 24 branches and offices. It is also the location of HSBC’s regional head office.

How to Buy Shares in Kenya