in Qatar
Reading Time: 4 mins read
A A

How to Apply for a Job at Ministry of Foreign Affairs (MOFA) Qatar. In 1969, decree law No 11 for 1969 on the establishment of a department for foreign affairs was issued. In 1970, the sections of the department were set up by the decision No 8 for 1970.

In 1971, a law was issued to establish the ministry of foreign affairs in which the department of foreign affairs was to be incorporated. The issue of law No 26 followed it in December 1971 on the diplomatic and consular corps system, and on designating the diplomatic missions to include embassies, commissions, consulates and the offices of the permanent delegation of the State of Qatar abroad.

In light of the developments taking place on the international arena, a new law was issued in 2005 to define the functions of the ministry of foreign affairs as follows:

Job applications can be submitted online for vacancies at the Ministry of Foreign Affairs (MOFA), and this service is available to everyone.

No fees are required for this service.

MOFA Qatar application has been developed to provide easy access to information and services provided by the Ministry of Foreign Affairs in Qatar (MOFA). One of the highlights of the application is the travel pre-registration service, which allows users to register and share their travel details through a secure connection with the Ministry. Another important service provided by MOFA app is “Request Assistance”, where citizens can submit emergency requests in real time. The application also provides information on Qatari missions abroad, accredited diplomatic missions in Qatar, and visa requirements, for both Qataris traveling abroad and non-Qataris traveling to Qatar. The application can be downloaded for use on iOS and Android devices. 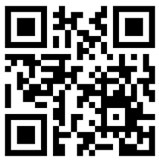 How to Apply for Job at Ministry of Municipality in Qatar

The Permanent Constitution of the State of Qatar

Here is the famous Logistics Companies in Qatar

How to Apply for Job at State Audit Bureau in Qatar