in Africa, African History
Reading Time: 3 mins read
A A

The Habar Yoonis (Arabic: هبر يونس, Full Name: Said Al-Qādhī Ismā’īl ibn ash-Shaykh Isḥāq ibn Aḥmad) alternatively spelled as Habr Yunis is a major clan of the wider Garhajis clan of the Isaaq. As descendants of Ismail bin Sheikh Isaaq, its members form a part of the wider Habar Magaadle confederation, and they constitute the largest sub-clan of the Isaaq.

The Habar Yoonis inhabit the western Togdheer, eastern Maroodi Jeex, southern Sahil, northern Sool and central Sanaag regions of Somaliland. They also inhabit the Degehbur, Wardheer and Aware zones in the Haud region of Ethiopia. They also have a large settlement in Kenya where they are known as a constituent segment of the Isahakia community. A subclan of the Habr Yunis, the Damal Muse, also inhabit the Mudug region of Somalia 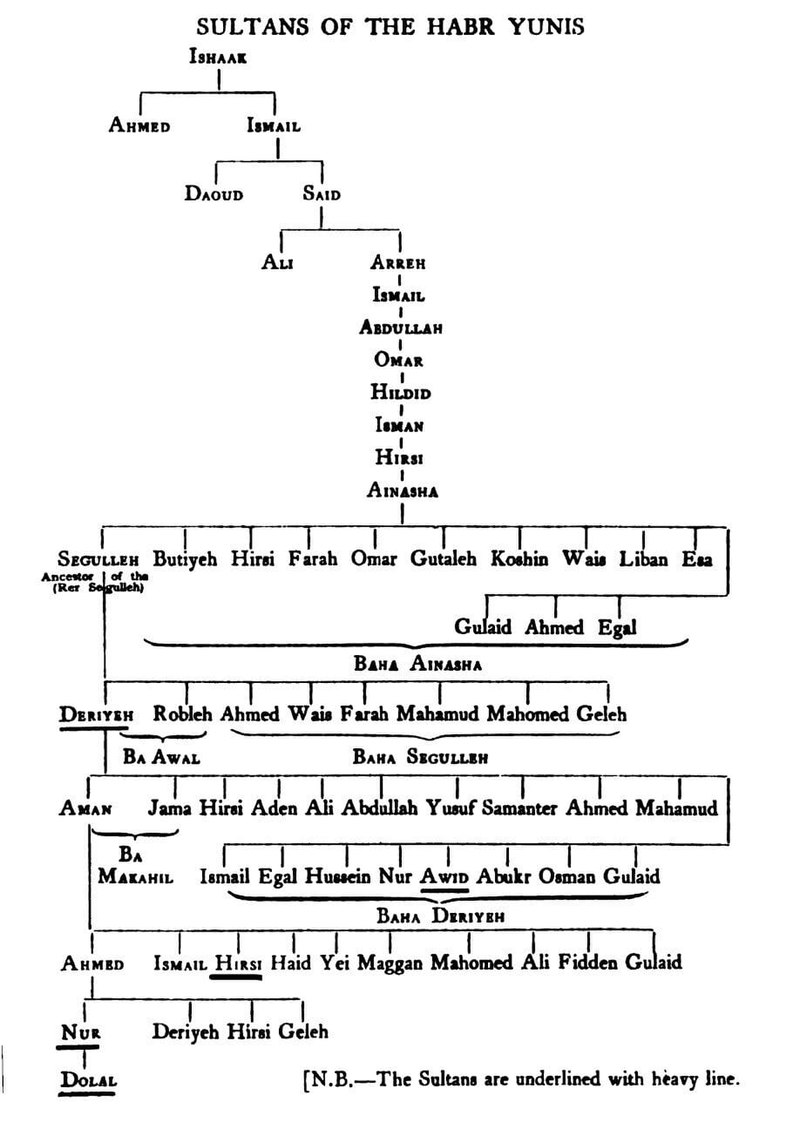