in Africa, African History
Reading Time: 3 mins read
A A

The Flag of Somalia is a one coloured field with a star. The used colors in the flag are blue, white. The proportion of the flag is 2:3. It was adopted in 1954.

The flag  (Somali: Calanka Soomaaliyaa, Arabic: علم الصومال‎), was adopted on October 12, 1954 and was designed by Mohammed Awale Liban. The flag was used for the nascent Somali Republic. It was originally conceived and serves as the ethnic flag for the Somali people.

Beginning in the mid-19th century, areas in the Horn of Africa populated by Somalis were divided among Ethiopia, France, Britain, and Italy. The flag of Somalia was created in 1954 during the transitional trusteeship period of the nation’s history. It was personally designed by the Somali scholar Mohammed Awale Liban, who was from the northern eastern side of Somalia after being selected to come up with a design in preparation for Independence Day The flag was first used in the short-lived independent State of Somaliland.

As an ethnic flag, the five-pointed white Star of Unity in its center represents the areas where the Somali ethnic group has traditionally resided, namely Djibouti, Somaliland (former British protectorate), the Ogaden region in Ethiopia, the North Eastern Province in Kenya, and Southern Somalia (Italian Somaliland).  However, the flag does not represent the all the Somali regions anymore, going from an ethnic flag to national flag of only Somalia. It now officially denotes the sky as well as the Gulf of Aden, Guardafui Channel and the Somali Sea, which flank the country 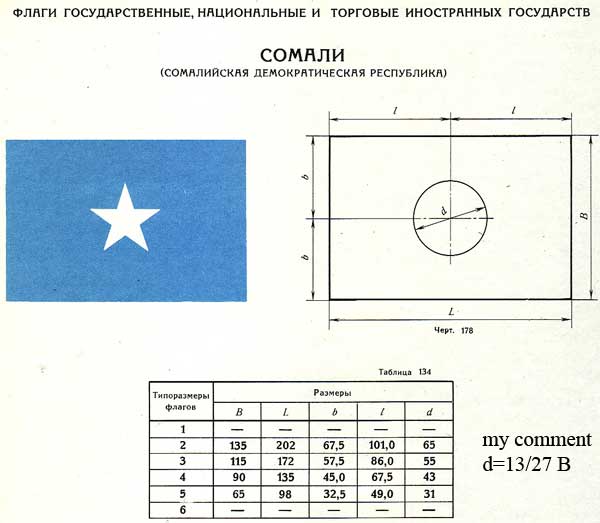